Zombie Gnomes III The Apocalypse…. errr or not.

Posted on August 23, 2013 by Outside Perception


For a while there I was having some serious problems with Gnomes and Zombies. The normal gnomes were bad enough but the infected ones… so much worse. The only good part about the infected ones was their inability to move far without be seeing them do it. Still though, creepy little things. Apparently I no longer need to be worried about Garden Gnomes… at least not the Zombie variety.  Look what I can do now… How awesome is this. I can place them wherever I need to and if Worse comes to worse I have high powered lawn mowers just waiting in reserve all it took was a few trips to the local statuary and some parts from Radio Shack to SkyNet the Lawnmowers. No more sneaking little garden gnomes… or worse the zombified ones will trouble me. 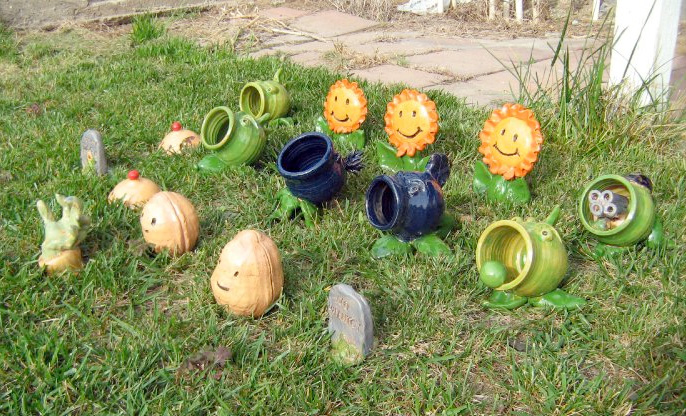 They can creep and crawl all they want but I took my inspiration from various people on the net Apparently I am not the only one who has issues with the stupid evil little freakish gnomes scaring the crap out of people. Fortunately we have plants… they will take care of Zombies and Gnomes… I love these guys. Some of them are good for the daytime and some for the night… regardless I have never felt so safe since my flamethrower was confiscated. Let me tell you that wasn’t fun trying to get a new flamethrower… fortunately you can look almost anything up on the internet. Super soaker for the win! 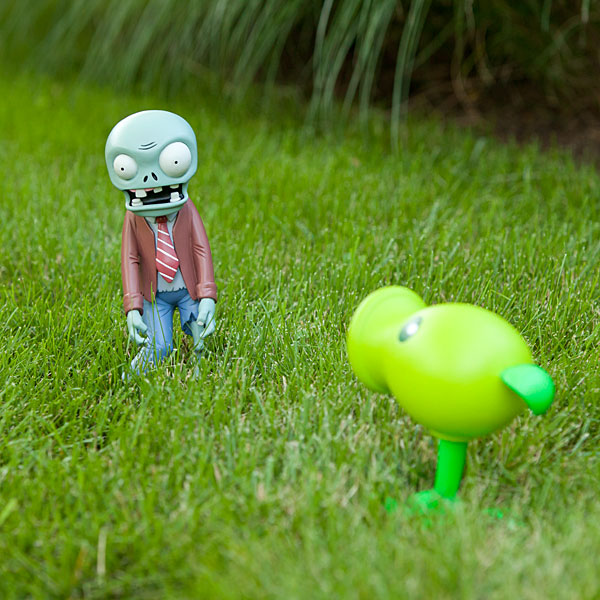 I have the best Yard EVER!

This Evil bastard was trying to dart around behind me with his Pickaxe when he was stopped by my new friends. Nothing like a little imagination and some teamwork in order to keep Evil at bay. I must say, the cost was up there though. Cost me all of my Start Trek trading cards, My Talking Bacon Toy and three…THREE different versions of my Pikachu Trading card… a high price, very high indeed but I feel so much safer now.

Wondering Where to get Some of these toys??? CLICK

← ZOMBIES!
Twelve Habits of Happy, Healthy People Who Don’t Give a Shit About Your Inner Peace →

One Comment on “Zombie Gnomes III The Apocalypse…. errr or not.”