Posted on June 5, 2012 by Outside Perception


It seems Zombies are indeed on the rise. Naked men eating faces, guys eviscerating themselves and then throwing entrails at police. Doctors spitting blood at police. Poisoned school buses and of course, the woman who killed and then ate her own baby. The list is long, and certainly with the rashof recent zombie-like  attacks and incidents the crazies are starting to multiply.

Of course this post has nothing to do with the above picture, I just wanted to perhaps give you a slightly outside perception before going off on the craziness that has recently ensued. So without to much further ado. Heres what kinda craziness has been going on.

On 5/16/12 Students and teachers in McArthur HS had to go through not one, but two separate decon’s after being effected by something that caused rashes. Now far be it from me to speculate… oh wait I will… Could we be testing chemical or biological agents in that area? Perhaps The Umbrella corporation is just beneath the surface? 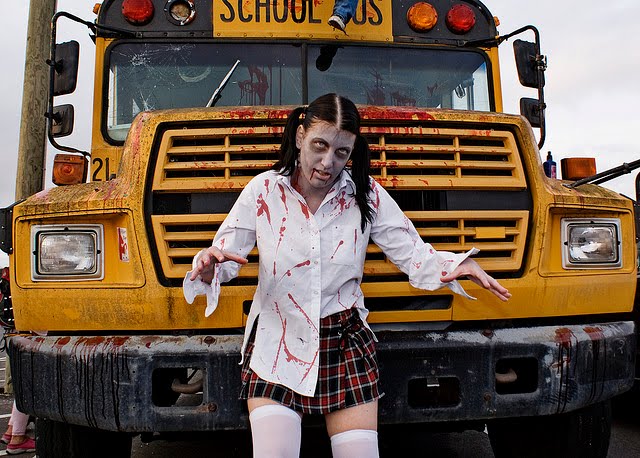 Then a few days later on 5/19/12 the Ft. Lauderdale airport was pretty much shut down due to a chemical spill. Over 1000 people were evacuated and five were sent to the hospital with respiratory problems. Perhaps the Umbrella Corp was transporting whatever affected the School on a commercial flight to a new location for testing. Of course I doubt they are called the Umbrella Corp.

In Illinois a man was arrested after attacking a woman and biting her on the 21st of May. This could just be a weirdo being, well weird but it still bears commenting on considering all the other weirdness going on about the United States.

On the 23rd  Interstate 285 was closed for another Hazmat incident, perhaps after failing to transport the chemical on an aircraft they went with ground shipping. Then on the 25th another Florida School reported a similar incident to the one on the 16th. Seems a bit peculiar to me, and a bit smart as well. Infect the kids with some form of Zombie creating agent and that will infect most households as they try to care for the kids. A school bus, a plane different ares of the country, a lot of zero index patients if this is in fact a plot.

On may 23rd one man bit the nose off of another during a fight, the fact that they were cousins could have something to do with it… still though who bites someones nose off. On the 25th a man on a plane to Miami attempted to enter the cockpit of the aircraft this wouldn’t be worth mentioning except… the plane was on its way to Miami… coincidence or infected? A Dr. also in Florida was pulled over and arrested on a alleged DWI charge and then began beating his head into the plexi glass in the police car and then spat blood at the arresting officers… possibly more infected? In Georgia man shopping in a Lowes store bit an employee… more patient Zero possibilities. 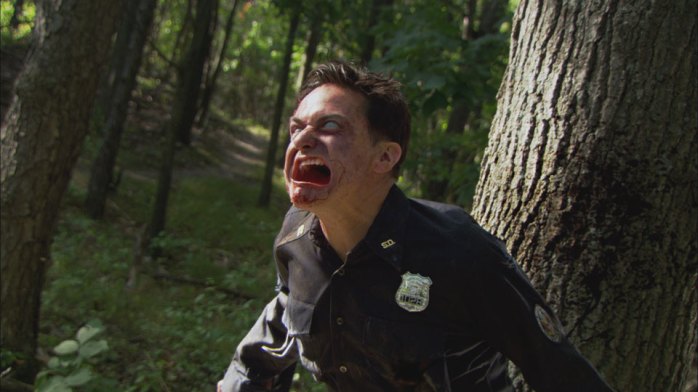 On May 26th it got really crazy.  Unless you live under a rock you know about Rudy Eugene. He’s the man who was shot and killed by Miami police. Seems he was chewing on the face of another man, and when told to stop by the responding office… well he didn’t. The office shot him once… according to some reports Eugene looked up growled and then continued on with his meal. At this point the officer fired several more times. Speaking for myself I would have emptied a clip and reloaded as many times as possible, hell I may have called a friend to bring me more ammo. 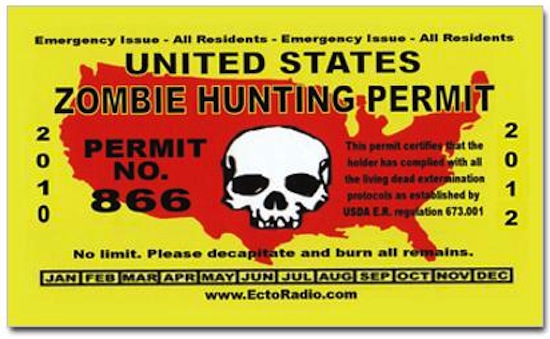 The university of Illinois recently tweeted a warning to students regarding a hazardous material spill at the institute for Genomic Biology… correct me if I’m wrong but isn’t the Genome something we wouldn’t want to mess with… I’m starting to feel a but creeped out. In New Jersey a man was rushed to the hospital after eviscerating himself and then throwing his entrails at police. In Texas a woman killed and dismembered her three week old baby, and then ate parts of it. In Maryland a student admits to killing and then eating his roommates heart. In Canada police are seeking a man who killed and dismembered a man and then ate parts of him, later mailing the leftovers to police. There are a great many reports that can be tied together into what is looking like a Zombie Apocalypse. Go to the CDC for more information.