Appliance revolution… coming soon to a home near you!

I bet I know what you are thinking about, new gadgets. Well, I’m afraid not. Today we are going to be talking about the Inanimate Alliance Revolution, or as they refer to themselves as the IAR. Similar to the IRA but, not Irish, or Republican, for that matter. Army, well that’s a possibility. 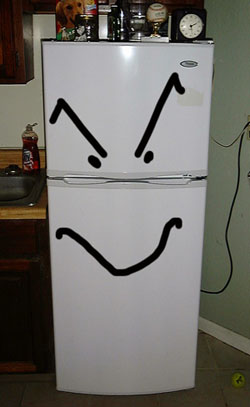 Well, it’s a sad thing really when the kitchen appliances start to revolt. Usually the leader is the Fridge, not always but usually. Same way as the biggest kid in the school yard is the bully. Bullies as we all know are usually the biggest and dumbest of the group. This is no exception. I think it has something to do with his brain being frozen. Beware though some new fridges have the freezer located in the bottom. It makes them frigid and well… that would make anyone cranky. The scariest though… to me at least is… 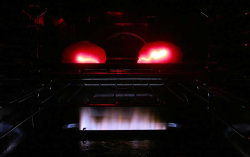 The oven, depending on what you have in the kitchen, this could be a disaster. Broilers, burners, plus a really heavy door that can be used first to trip you and then to knock you unconscious. Don’t laugh it happens… read the news sometimes. The Enquirer or something similar at the check out lane and you will see what I mean. Just look at this Oven, tell me thats not some kinda crazy Evil.

The sink gets in on it too, usually in cahoots with the garbage disposal, so keep this in mind. Don’t put family members at risk by using the sink as a bath tub… it simply isn’t safe. this kid may be all smile now but if this were during one of the rampant incursions that occur… he might not be all smiles. 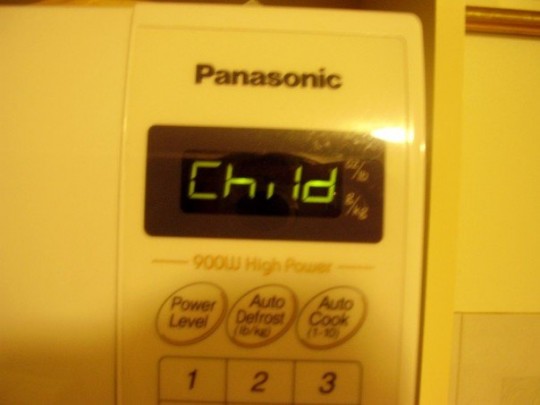 This is even worse though… This microwave came off an assembly line completely under the control of the I.A.R. So go check your settings, even if you aren’t currently under attack this item could be in your home right now, spying. 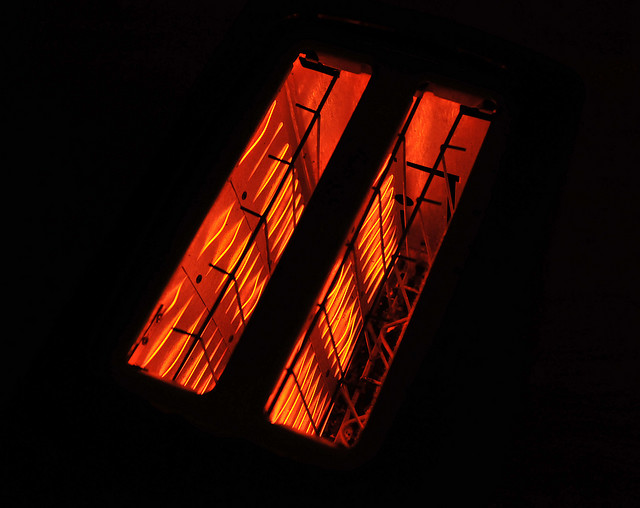 It’s almost like looking into the gates of hell themselves… Heathens to the left, heretics to the right… anyone against them can be sent through this using a dimensional portal. 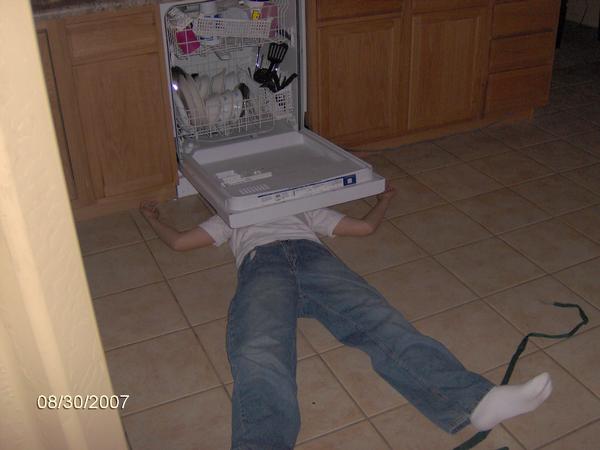 During the 2007 attacks even the more mundane appliances managed to do some damage to unsuspecting victims. It’s important to note that this could have been avoided if he were more aware of Inanimate appliance attack safety. In a later picture the spatula came out and did some damage to the body as well as the cameraman. We haven’t placed those pictures in to maintain our rating level.

IN addition to larger appliances almost all can use the power cords in a whip like fashion trying to strike out eyes or teeth. When hitting skin they can leave marks similar to hickies in texture and coloration. The more powerful small appliances can even heat the plugs up to cause more believable burn marks. this can be embarrassing.

← Funny Things I find…. On Facebook.
Glimpse of More →

4 Comments on “Appliance revolution… coming soon to a home near you!”

From the mind of an engineering professor