Posted on March 2, 2012 by Outside Perception

Indeed, it’s time. It’s time to start your training. Perhaps you have always wanted to be an Evil Overlord, maybe this is a new thought in your head. possibly you are an undercover government agent looking forward to entrapping the authors of this Manifesto. For years now there has been a list of tips for Evil Overlords

So let’s begin, By now you have reviewed the top 100 tips and hopefully looked through the other 200+ tips. There are some other things you want to keep in mind. First being you need a secure base of operations. A deserted island, a moon base, the H space telescope, a watchtower type set up in orbit. Something. To start with you could go simple. The deserted Island works best, in my opinion. I realize you could have Lex Luther type ambitions to make your own but think small, work under the radar, as it were. Isla Sorna and Isla Nublar may have been fictional in Jurassic park, but they are fairly ideal for what you want. Look at this beautiful example below. Imagine the possibilities. You could also look into acquiring land in the Federated States of Micronesia there are over 600 islands there. 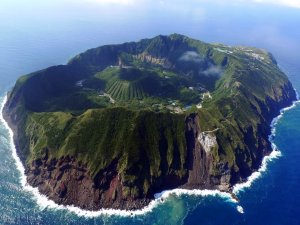 Next up should be defenses, there have been many example in TV and movies over the years on how to protect your Volcanic Island base using such ridiculous things as “Sharks with frickin laser beams…” If you do such an idiotic thing don’t post warning signs, remember you are evil… let people be surprised.

Our best suggestion is to go with Overlord Tzu’s proverb “All warfare is based on deception!” Your very first line of defense should be secrecy. Nothing worse than an up-and-coming  E.O. who gets squashed by Government agents before he even hatches his first plot. It makes the rest of us look bad, and not in the way we want. Using Jurassic park as an example. What could have been more innocuous then an amusement park, a Zoo really? Nothing, nothing at all simple harmless fun and it had the added benefit of making money. Damn shame how that turned out. Lowest bidder contracting will bite you in the ass every time… in this case literally. I can say though that the Velociraptors make for some diabolical guard beasts, best to have three they work  well in packs.

A great example of a proper Evil Overlord is the Grand Master of them all, he leaves the rest of us in awe of his prodigious skill. Even dead his legacy lives on, well not dead… frozen in cryostasis. The great and Powerful Walt Disney. His movies teach kids that stealing is ok, for a cause. That killing is good, that subjugation of people is for the greater good. Animals can be controlled and that power is to be taken by those willing to risk it all. His amusement park brings in so much money that even Overlord Gates is in awe. Kids quote his films, “Hakuna Mattata!” Ya thats “Fuck it, do whatever!” see what I mean. People who work there basically sign themselves into indentured servitude, and people still flock to the doors. Anything they think of, invent, draw, create Overlord Disney owns… That little Mouse makes Overlord Capone look like Goofy’s red headed stepchild. He’s my hero… Can’t wait till he thaws out.

So there are some examples both good and bad for you to follow on your journey. Keep in mind, deception, deception, deception. Now I know you might be thinking that I’m kind of out in the open with all this. Truth is though, being an Elf puts me in a different class then you small beings. You mind your plots, Ill mind mine.