If days of the week had Personalities…

Posted on February 7, 2012 by Outside Perception

Talked with a friend today she is just shy of crazy, likely why we get along so well in the first place. I started rambling on about why Monday got a bad rap from everyone and decided I would share with all of you.

Monday, he’s a nice guy fun loving easy to please. He just wants us all to get up and at em, get in and do a great job!!! He would have been classified as a Gym hero in high school. Over time though the poor guy has become a Leper. No one likes Mondays anymore. He’s considered to be a Puffed up pain in the neck, always piling on more work, more stuff, more stress. Monday has become hated and reviled on the level of Stalin and Hitler. He’s just a misunderstood guy trying to help us all get off on the right foot for the week. 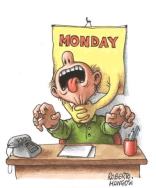 Tuesday, this person is bitter… He always comes in second place, never first. He is very jealous of Monday and takes a great deal of pleasure from piling on the work. Unlike Monday though, Tuesday does it to be spiteful. He has his own list of things to get done and makes us do whatever it is that Monday couldn’t get to as well. If any day should truly be hated, It’s Tuesday, 2nd place loser that he is. 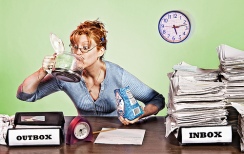 Wednesday, See now this guy he’s pretty happy he knows what he wants and he’s ready to go get it. No new work for him, he adds nothing to the list of things to do but rather spends time thinking about what he is going to be doing soon. Now don’t get me wrong the guy does work but he’d already looking ahead to Friday, and his plans! Daydreaming and generally not getting much done. 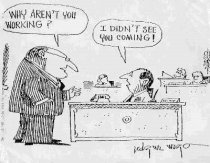 Thursday is a lazy guy, he’s so ready to just get out of the office. He sits and stares at the screen and accomplishes nothing but to finish off a few things from the other days. He just cleans up from the rest of the week so it looks like hes done work. Nothing to see here move along, thats his motto. 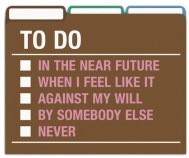 Friday Everyone, and I mean everyone loves Friday. He is so popular that he has restaurants named after him. The original way it went though was “Thank God, It’s Friday!” Reason being, everyone is happy to have him show up. They wait and wait for his arrival, the suffer through the other days of the week and then, Thank God, It’s Friday! see what I did there? I knew you would. He always tries to leave work as  early as he can so he can get to the fun stuff. The stuff only dreamed of on Wednesday and Thursday. Thats Friday folks, we are always glad to see him! 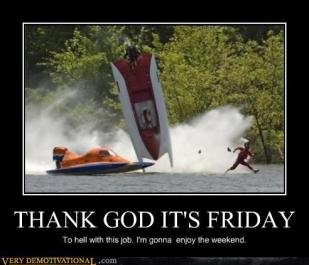 Then there is Saturday, Fridays brother. Just about the same guy but a bit goofier.. To many cartoons as a youth. He sleeps in all the time and relaxes right around until the sun goes down and then… Then its party time, thats all he does. No work, no school, no nothing for Saturday. Its just FUN FUN FUN all the time. 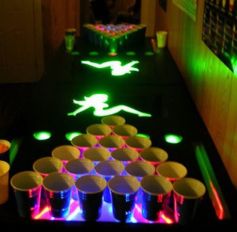 Sunday, this poor guy, he goes to church and apologizes for everyone else for all the bad things that happened during the week. Says a pile of  prayers for all the other days. Then goes home to recuperate. sits  down on the couch and dreads the next day while watching Sports… because the next day he has to deal with that jerk Monday again. He rests he recuperates he watches sports and spends some time yelling at the TV. 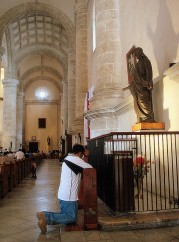 2 Comments on “If days of the week had Personalities…”